Let us know if you would like your organization to join the fun. 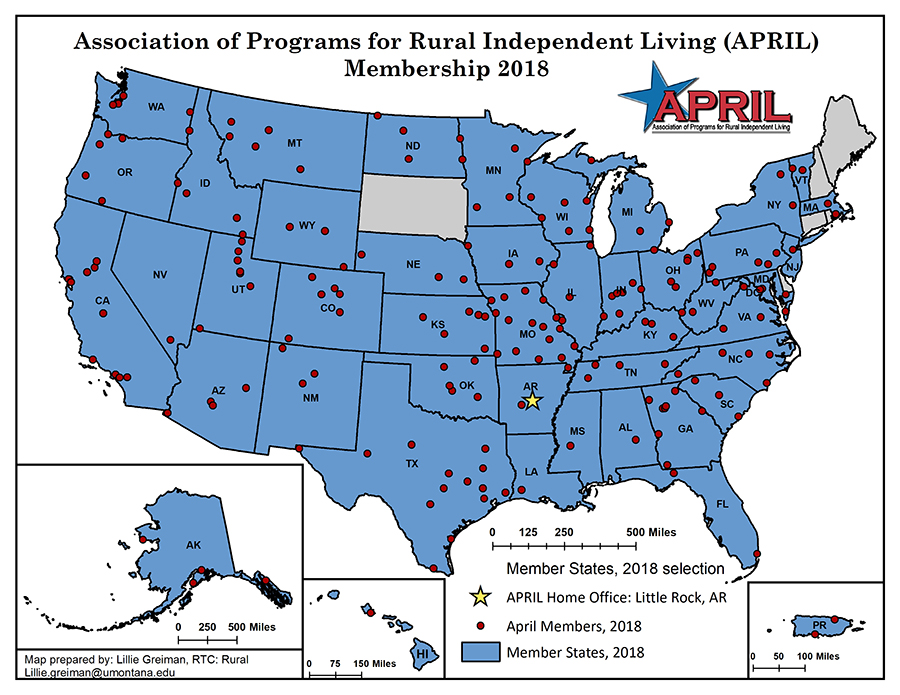 A Little Bit of History

APRIL was founded in 1986 by twelve directors of rural CILs meeting in Houston, Texas. That meeting was sponsored by the Independent Living Research Utilization (ILRU) in Houston Texas, who continued to support the organizing efforts for several years thereafter.

The first monetary support for APRIL came in 1994 in a small annual contract with the University of Montana, Rural Institute on Disabilities.

In the year 2000, the Rural Independent Living Leadership Mentoring Initiative, a five-year project in collaboration with the Rural Institute on Disabilities at the University of Montana was initiated

In 2001, APRIL was awarded a major grant from the Department of Education to demonstrate a national transportation voucher model for rural consumers with disabilities. With the funding of this project came the development of an infrastructure that would allow APRIL to support phenomenal growth. Staff here hired, policies and procedures were developed and an array of services and fiscal accountability were put in place.

As a national advocate, APRIL has built a reputation as being the leading advocate in rural accessible transportation issues.

At present, membership has grown to over 250 members and APRIL’s budget has exceeded half a million dollars.

In 2008 APRIL collaborated with NCIL / ILRU to form the new CIL Net / SILC Net programs to mentor CILs and SILCs.

In 2008, the APRIL office relocated from Kent, OH to North Little Rock, Arkansas!

APRIL is a national membership organization dedicated to advancing the rights and responsibilities of people with disabilities in rural America.